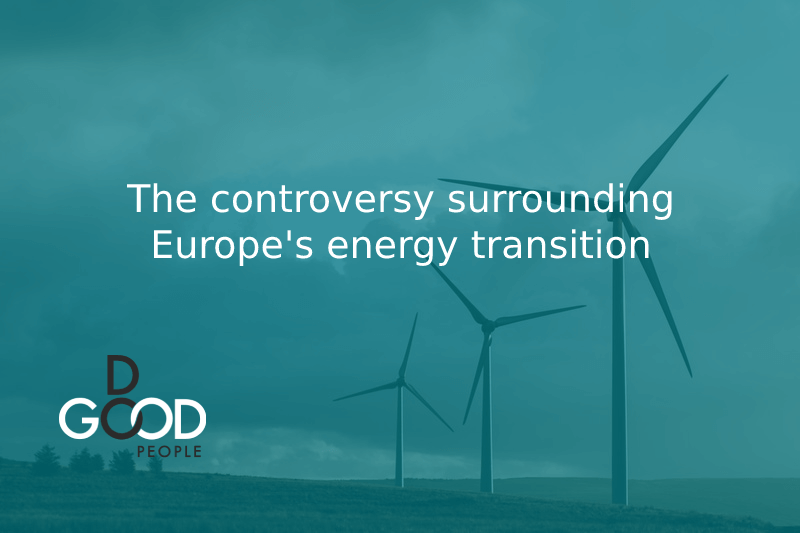 Since taking effect at the beginning of the year, the European Taxonomy has been equally praised for its ambitious plan to fight greenwashing, as it has been a topic of controversy because of the perceived influence of lobbying over science based claims.

The Commission described the document as a common language around economic activities that can be classified as sustainable, trying to put an end to greenwashing at the same time as encouraging investment in activities aligned with EU sustainability objectives.

Despite the broad public support for actions that could prevent climate change, political controversies have not ceased to affect the pursuit of environmental policies in Europe. Most notably, a complex debate around the inclusion of natural gas and nuclear energy as sustainable energy sources has stirred up tensions among member states, the science community and the general public.

Under these new rules set out in the European Taxonomy, energy companies are required to transition away from carbon-emitting energy sources and find more sustainable solutions; similarly, investors are required to disclose the impact of their financial activities on environmentally sustainable products, including the proportion of the investments that apply to green projects.

The decision comes -among other reasons- prompted by the commitment to reduce carbon emission by 55% by the year 2030. Such an ambitious objective, together with the EU’s deadline set in order to become net zero by the year 2050, will come at a cost too high to be publicly funded in its entirety; private capital will have to play a key part in the sustainable transition of the European Union.

In this regard, the European Commission has proposed treating both natural gas and nuclear energy investments on a similar status as renewable energy sources in an effort to pursue a carbon neutral economy in the upcoming years.

Why did the proposal spark controversy?

Although the proposal could help bring a wave of necessary investment for the green future of the Union, many critics argue that both sources cause damage to the environment, therefore making them not a viable option for the European energy transition.  The Commission, however, considers there is in fact a role for natural gas and nuclear energy to facilitate the transition towards a renewable-energy-based future.

The duality of opinions have caused the proposal to become a tension filled political debate with national interests, lobbying and science facing each other in the fight for the much needed sustainable transition.

On the one hand, France led a coalition together with Easter European nations – which are still heavily reliant on coal – in order to get nuclear energy and natural gas classified as sustainable investments. Germany, on the other hand, along with Austria, Luxembourg, Portugal and Denmark have expressed their concerns about a resurgence of nuclear power plants in the continent and the radioactive waste they produce.

France and Germany are two of the biggest economic powers in the region, whose interests diverge opposite to each other, quite accurately representing the thick of the matter. France, whose electricity production depends on nuclear energy by 70%, defends the safety and green qualities of nuclear plants. Germany, however, withdrew all nuclear related plans back in 2011 in the wake of Fukushima’s disaster in Japan.

No one said it was easy

As Europe starts setting the bases for its carbon neutral and sustainable future, new problems inevitably emerge. Climate change concerns come together with political interests, a lack of economic resources, social tensions that have deepened with the sanitary crisis, and the growing urgency to take control over sustainability.

Then again, if there is something to take out of this situation is that of the importance of  transparency and accuracy. Most of the problems related to environmental concerns stem from either a lack of transparent information, or a lack of accurate metrics to understand and manage the information that must be conveyed in the first place.

In DoGood we believe digging for precise information and a deeper understanding of the processes that could push sustainability forward are an essential part of any organization’s activities, from companies to institutions or governments, we all have a role to play in the survival of our planet.

In this regard, it is essential to our work to promote good corporate governance, meaning that the processes of disclosure and transparency are followed so as to provide regulators and shareholders as well as the general public with precise and accurate information about the financial, operational and other aspects of the company, including a more accurate definition of the ESG performance.

We have developed a corporate government tool that helps establish ESG impact quotas for employees in regards to the sustainability strategy of the company. Through our SaaS technology we are able to activate and track employees’ impact, creating engagement that translates into improved ESG metrics, reputational value and an overall positive impact for the environment and society.

If you want to know more about how we work to create a positive social and environmental impact, click here