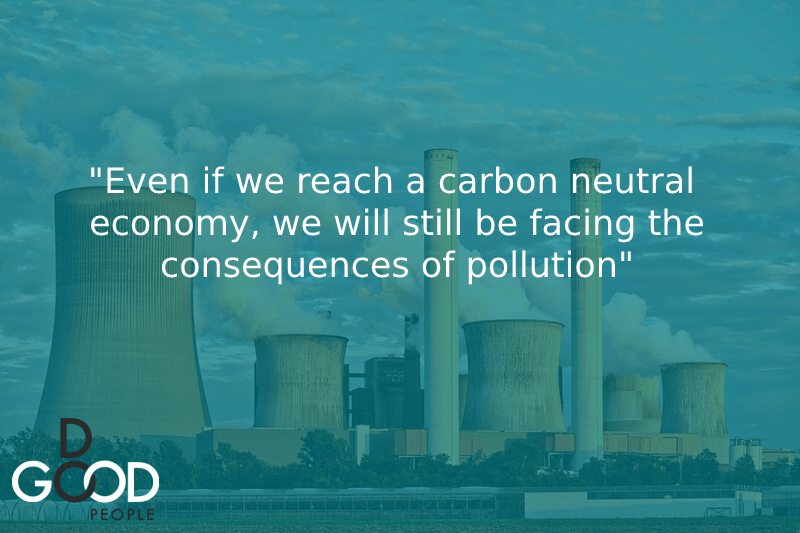 The term carbon neutral has been around for many years now. More and more companies pledge to become carbon neutral, net-zero or even climate positive by eliminating all carbon emissions.

Nevertheless, claims of carbon neutrality come from every part of the spectrum, from energy companies which actively pave the way to sustainability through their innovation, to oil companies or fashion industry giants that have been at the center of social and environmental controversies in the past.

In this regard, we set ourselves to analyze and understand what carbon neutrality really is, and what it implies for sustainability and the fight against climate change.

What is Carbon Neutrality?

Carbon neutrality refers to the balance between emitting carbon and absorbing it from the atmosphere in what is known as carbon sinks. The latter describe any system that can absorb more carbon than they emit, mainly forests, soils and oceans.

In short, being carbon neutral means that any CO2 released into the atmosphere is balanced by an equivalent amount being removed somehow. So in an effort to become more sustainable, many entities choose to balance their emission through offsetting and purchasing carbon credits:

Is carbon neutrality the solution?

As estimated by the European Union Commission, natural carbon sinks are able to remove between 9.5 and 11 Gt of CO2 per year, but annual global CO2 emissions have reached 33.0 Gt in 2021. Additionally, as for today, no artificial carbon sink can remove carbon from the atmosphere on the necessary scale to successfully fight global warming.

In fact, all carbon stored in natural sinks, such as forests, are released back into the atmosphere all at once through forest fires, changes in the land or logging. In Spain, for example, wildfires now burn 100,000 hectares annually, which is almost double that of 40 years ago.

In this regard, as important as it is to maintain a balance between GHG emissions and absorption, it is essential to push forward initiatives, innovation and concrete actions to reduce emissions in order to reach actual climate neutrality.

On the other hand, carbon dioxide is considered a long-lived pollutant, that is, it stays in the atmosphere for centuries. Even if we reach a carbon neutral economy, we will still be facing the consequences of pollution. It is likely that the efforts should be targeted, not only to reduce, but also to develop carbon removal solutions.

The problem with climate neutrality claims

There are several problems with net-zero and carbon neutrality claims. It is quite tricky to even begin to pledge for zero emissions or accurately define and measure the neutrality of such.

In this regard, one of the most common carbon absorbing practices is in fact a questionable compensation technique, as a tree planted this year will not begin to pay off until many years later, making neutrality pledges rather vague.

And so the argument remains, who should get the credit for reducing emissions, the entity paying for the carbon offset, or the project actually avoiding the emission?

A shift of perspective

However tricky and problematic some carbon claims are, they are nonetheless important towards a more sustainable future. Climate change is undeniable and it has become increasingly urgent to take measures against it.

That is why compensation techniques need to change. As for today, carbon neutrality is more so about the potential or eventual amounts of GHG removed, when the main focus of it all should in fact be on addressing the types of measures that are being taken.

Companies, and other entities involved in reducing carbon emissions, merely need to redirect their resources towards instruments or technologies that tackle carbon compensation more precisely, accurately and efficiently, rather than focusing on big scale compensations that because of their lengthy or ambiguous nature can end up backfiring the process of compensation itself.

We believe there are small actions that can be taken to ensure a more carbon friendly way of undertaking corporate activities to further push forward the fight against climate change and global warming.

In DoGood we work to improve companies’ sustainability strategies by involving all employees in the achievement of sustainable objectives. We use our SaaS technology to create engagement, and activate and track employees impact in the planet and society. We help build more robust and complete ESG metrics that create reputational value and have a positive impact in the environment.

If you want to know more about how we work to create a positive social and environmental impact, click here.